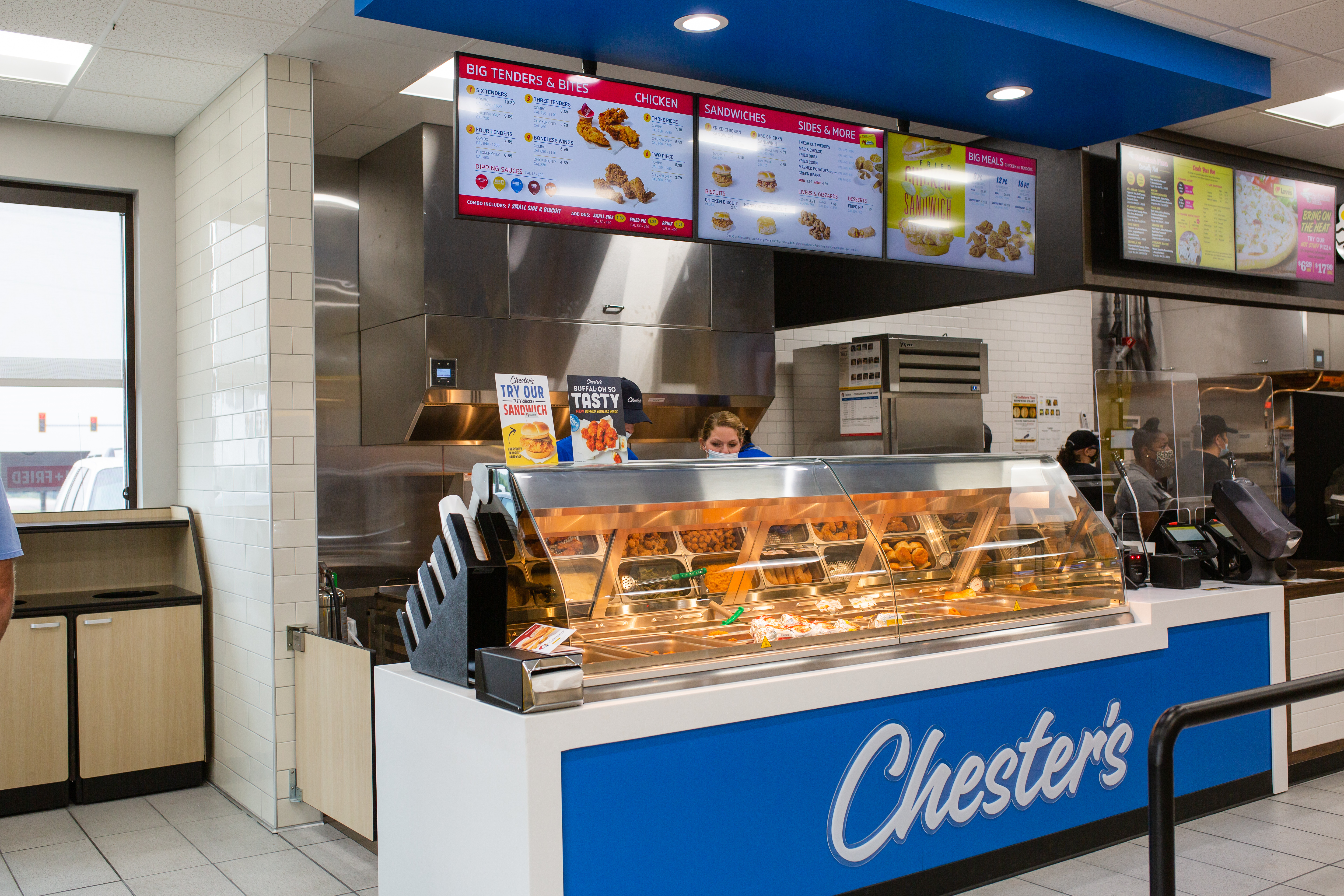 Why restaurant chain Chester’s Chicken is on trend

There was another chicken sandwich that was unveiled the same time as Popeyes but without the lines: one from Alabama-based Chester’s Chicken.

“We launched our fried chicken sandwich the same week that Popeyes launched theirs,” said William Culpepper, vice president of marketing for Chester’s Chicken. “We’ve been right there with all the trends as a smaller player.”

Chester’s Chicken is a chicken chain primarily in gas stations and supermarkets and focusing on breaded tenders, with an aim to be “a taste of home on the go when you’re out there traveling around,” according to Culpepper.

“What we were up against is that the C-store environment has changed dramatically,” said Culpepper.

“It used to be, if you go into a C-store, there were the hot dog stations and nachos and things like that. But now, really a lot of the convenience store growth is fueled by foodservice,” he said. “And a lot of major chains are really investing around foodservice within your convenience stores and major QSR players are seeing an opportunity for growth.”

To compete with the new players from major segments, Chester’s invested in not just its façade but internal elements.

The redesign was created to help franchisees lower costs while raising in-store sales. It includes a new digital menu design, packaging and a simplified logo.

This new design was meant to highlight the fresh, breaded chicken fried daily and is filled with bright colors and clean lines.

It was a two-year process interrupted by COVID, but is bearing fruit in 2021.

Throughout the past year, Chester’s Chicken has seen a rise in sales due in part to the introduction of its fried chicken sandwich, a new line of dipping sauces, buffalo wings and tenders as well as a new fall menu line featuring mac n cheese and mashed potatoes.

As for its next phase of growth, the brand is taking its time.

“At the end of the day, we’re a turnkey concept that works well in smaller footprints,” said Culpepper. “And we are highly adaptive, we can go into a small space.”

Some of those smaller spaces include airports, where Culpepper said the chain may be looking for some real estate.